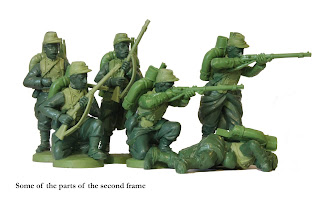 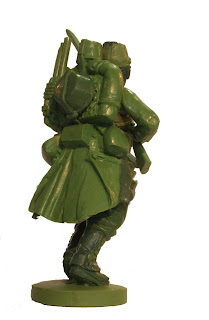 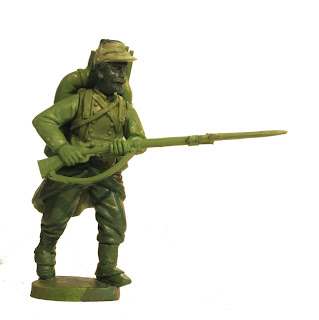 ''The first frame of 3 up parts has been sent for tooling at Renedra, these are the marching and advancing bodies and arms. The second frames worth of bodies and arms to form a ragged firing line/skirmishers are nearly complete and should be forwarded to Terry at Renedra next week. The command frame is at a similar stage but I'll show those later. There will be two boxes as we did for the Prussians with different mixes of the same frames one for a firing line and the other advancing/marching. We don't have a release date yet, but we'll let you know when we do. "