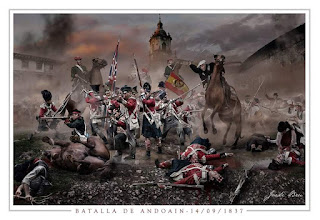 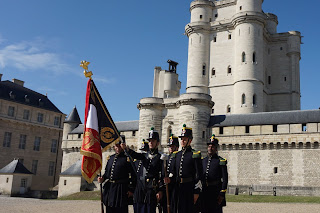 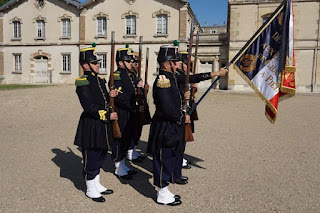 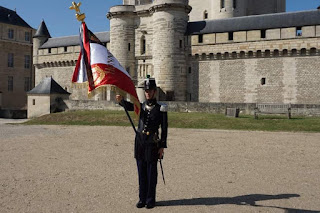 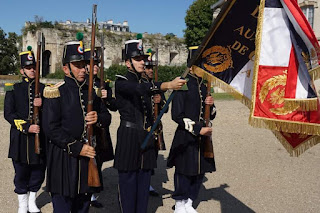 The mitrailleuse was one of the early types of mechanical machine gun, along with the Gatling, Gardner, Nordenfelt, and others. "Mitrailleuse" was originally a general name for a volley gun - one with many barrels in a cluster, which are fired sequentially (it now means heavy machine gun). The two most common types were the Montigny (a Belgian design fired by a lever) and the Reffye (a French design fired by crank).

The Reffye was a top-secret weapon used by the French in the Franco-Prussian War, which was expected to be a huge game-changer. However, there was little experience worldwide in how best to use a weapon like this, and the French commanders chose to use them like artillery, firing at long range where they were inaccurate and underpowered. In this role, they were utterly outclassed by the Prussian Krupp artillery, leading to a general European disdain for the effectiveness of machine guns that would last until the First World War. This Reffye is a reproduction, here shown firing blanks. The footage comes to us courtesy of Julien Lucot, a writer for the French arms magazine Cibles. Thanks, Julien!
Posted by Ralphus at 06:22 1 comment:

'We have a new release for the Franco-Prussian War in the form of their secret weapon, the Mitrailleuse, this one being the Reffye version made by the talented hands of John Boadle. Being a new weapon, the French hadn't appreciated how best to field them and tended to place them too far back with the artillery, although, there are accounts of them being used in ambush situations later in the war with better results.' Website 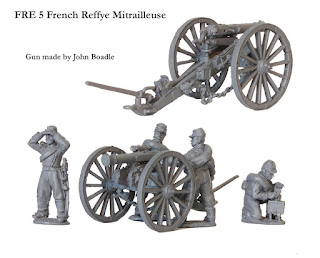 The Marne by Thomas Payton

The German 1st and 2nd Armies continue their advance into France, pushing the French and British Armies to the ouskirts of Paris. Field Marshal John French, commander of the British Expeditionary Force, is making plans to retreat to the ports on the English Channel leading to an evacuation of the British Army.. However, Lord Kitchener, the British Secretary of State for War, meets with Field Marshal French and orders him not to withdraw. The Allied retreat was to end at the River Marne. The French and British armies would counter attack along the Marne, halting the German advance. French aerial reconnaissance reveals a gap in the center of the German advance, the French and British exploit this weakness and press their advantage. So begins the Battle of the Marne, which would rage from the 5th to the 12th of September. The German Schlieffen Plan, by which they had hoped for a quick and easy victory, lay in shambles. Now the armies fight a war of manuver, moving northward towards the sea, each attempting to outflank the other.

(Image: German soldiers at the Battle of the Marne, photograph taken in September, 1914) 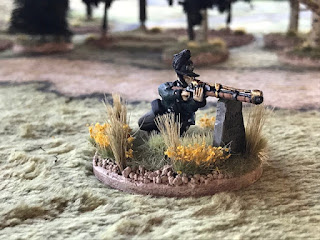 Thanks for these images Dave. 1866 Miniatures which are a large 28mm. 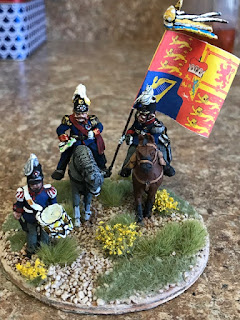 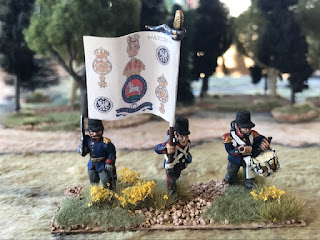 The film chronicles the decline and fall of the Austro-Hungarian Empire via the story of the Trotta family. The film begins in 1859 at the battle of Solferino in Northern Italy where Infantry Lieutenant Trotta saves Emperor Franz Joseph I and is subsequently ennobled. Elevation to the nobility ultimately leads to the Trotta family’s ruin, mirroring the imperial collapse of Austria-Hungary (1867–1918).