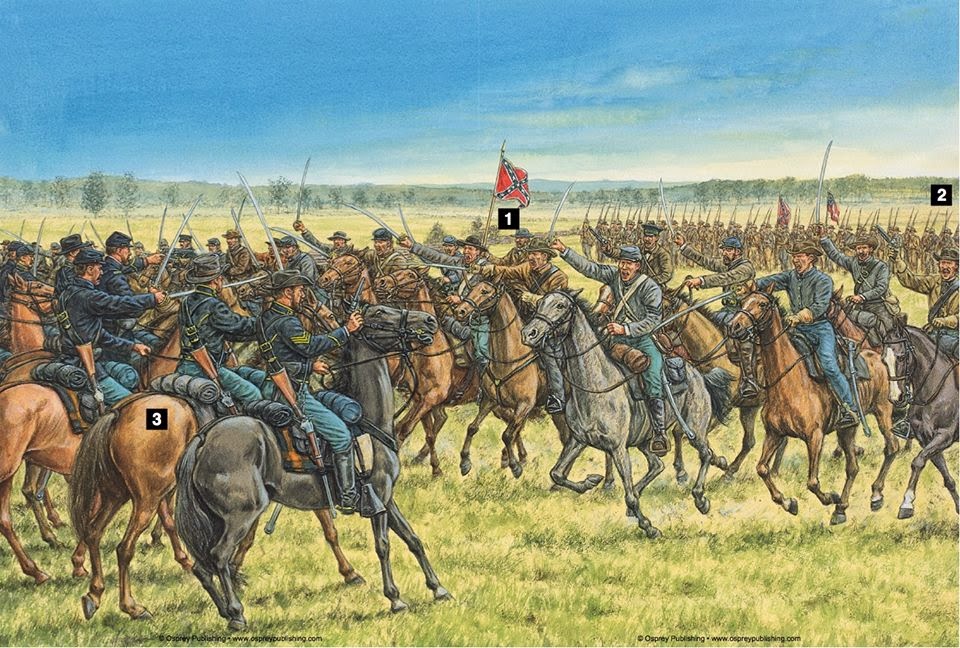 Osprey Publishing
Last Rebel Yell
The last Confederate attack of the Civil War in Virginia was made at sunrise on April 9, 1865, with Fitzhugh Lee’s cavalry (1) venting forth the “Rebel Yell” and charging ahead of Gordon’s infantry (2) with the remnants of Munford’s small Virginia Brigade on the extreme right. With the sun at their backs the Virginians brushed to one side the Union cavalry under Colonel Charles H. Smith (3) and galloped on until they reached their objective – the Lynchburg Road. Behind them the infantry, with Wallace’s South Carolina Brigade on their right wing, also swung round onto the road to hopefully secure their escape route. Shortly after this, while attempting to regroup the remains of his brigade for further action, Munford learned that a Confederate courier had been seen waving a flag of truce and that this was the cause of the stillness that had by then descended around Appomattox Court House.
Posted by Ralphus at 07:00