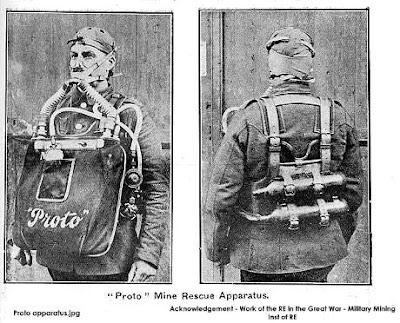 I have been looking around the internet at the fashions and conventions of this genre. It's all pretty interesting but I don't think I've seen anything as impressive as this - which is what my Grandfather wore in the Great War. He was a 'Proto Man' which meant he rescued expired tunnelers and spent most of his service in underground warfare. Sometimes battles were fought underground. A great book on this subject is