The Star of the West, a civilian sloop hired by the U.S. Government to carry supplies and reinforcements to the besieged garrison at Fort Sumter, is fired on by a battery on Morris Island, manned by cadets from the Citadel, while attempting to enter Charleston Harbor. The ship suffered minor damage and the captain ordered her turned about, leaving without delivering its cargo to the beleaguered fort. The first shots of the American Civil War had been fired 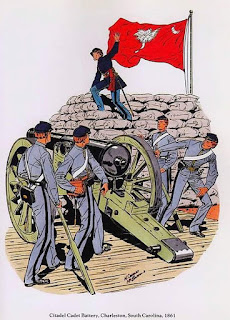