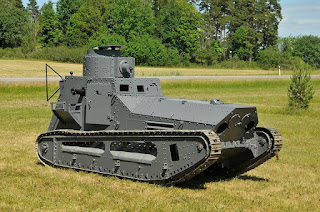 100 year old tank on the move again
After 4 ½ years and nearly 5000 hours of voluntary work later, the first Swedish tank is now working again. The tank was delivered to Sweden in 1921 but it was produced in Germany already in 1918 which make it the oldest running German produced tank in the world.
The tank will be on display in the museum during the summer and it will be running at two occasions, one special event 18th of August and during the Tank Day 2nd of September. 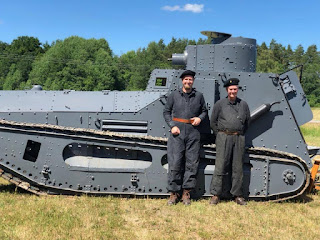 Details here
Thanks to Steve Stanley for help with this.
Posted by Ralphus at 10:42