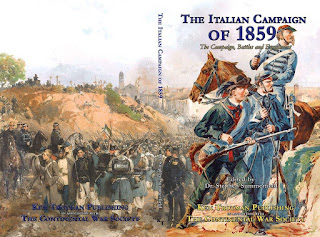 Stephen Summerfield (2017) THE ITALIAN CAMPAIGN OF 1859: The Campaign, Battles and Equipment

This is a study of aspects of the 1859 Campaign in Italy, in which the French Emperor Napoleon III, allied to forces from the Kingdom of Sardinia, attempted the independence of Italy from Austria. Success in the enterprise would replace Austrian influence south of the Alps with that of the French. There followed a brief campaign in Northern Italy culminating in the major battles of Magenta and Solferino. It was a fine example of “modern” warfare in the mid-19th century, influenced by the use of railways and the increasing power of artillery. Solferino is of course celebrated to this day as the birth of the Red Cross.
Available from
http://kentrotman.com 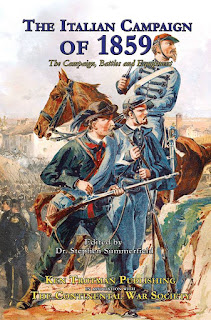