I liked this British company which is no more. They produced some excellent 1/72 plastic figure sets which appealed to me. They did Crimean war British cavalry and Russian artillery as well as French infantry and Zouaves as well as Franco-Prussian war Prussians. You can probably pick them up through eBay but I mourn this company's demise. They also had a World war one range in Both 1/72 and 1/35 which included both British and German artillery. Plastic Soldier Review Emhar. I bought quite a lot of them. They also did WW1 tanks. I made the Whippet. It inspired a concept from me of garden wargames using Emhar 1/35 plus some of the ICM figures based on large washers. 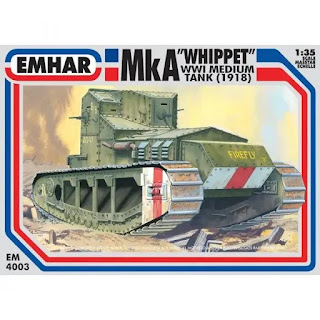 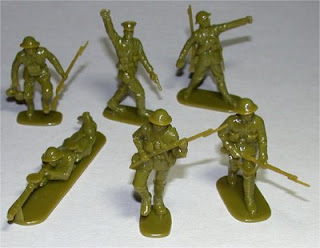