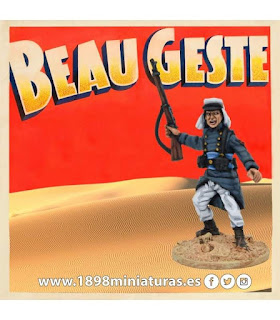 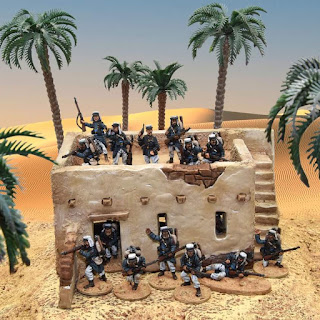 We now have the new 28mm 2Beau Geste range from 1898 Miniatures in the shop.

Beau Geste is an adventure novel by British writer P. C. Wren, which details the adventures of three English brothers who enlist separately in the French Foreign Legion following the theft of a valuable jewel from the country house of a relative. Published in 1924, the novel is set in the period before World War I. It has been adapted for the screen several times.

P. C. Wren wrote the sequels Beau Sabreur (1926) (in which the narrator is a French officer of Spahis who plays a secondary role in Beau Geste) and Beau Ideal (1927).

If you are after refighting the glory of the French Foreign Legion as they march or die in their defence against local tribes then this superb range is for you.