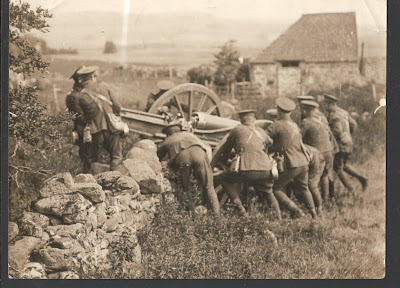 My wife Susan's Great Grandfather John Dunn was a photographer up in Scotland at the beginning of the last century.
Had his own store which also sold art supplies and was a local dignitary. He took many photos - some of which were of the local military. These are a couple of his images - the top one of the 1st Highland Brigade and the lower one the Brechin 'Terriers' - Territorials at Edzell. Anyone know what type of machine gun that is? I've seen it on other images from 1914. 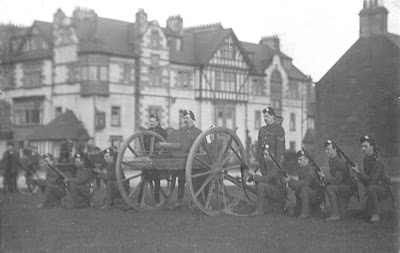