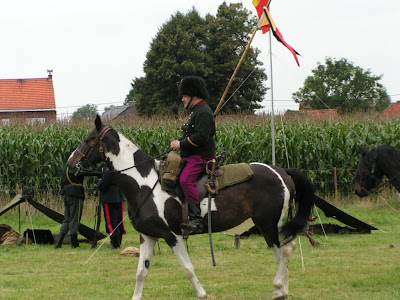 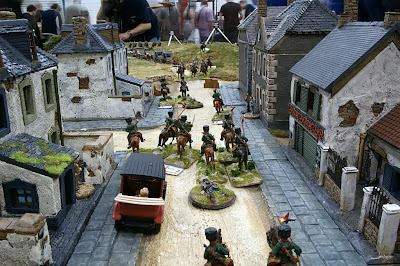 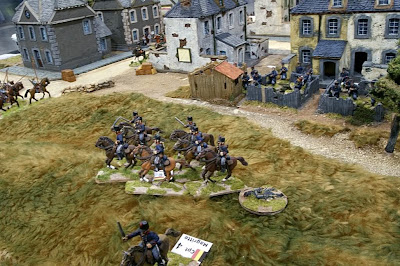 Dear Ralph
As I am sure you know, the Belgian artillery tableau of which you posted a picture yesterday is in the army museum in Brussels. The triptych painting in the background depicts the battle of Haelen in August 1914. There is quite a lot of information about Haelen at http://www.greatwardifferent.com/Great_War/Haelen_Battlefield/Haelen_Battlefield_01.htm
For pics of reenactors at Haelen, go to http://s12.zetaboards.com/The_Trench_Line/topic/5032649/1/
I attach a photo from that site.
I recently discovered that quite a comprehensive range of 1914 Belgians is made by Brigade Models: http://www.brigademodels.co.uk/GreatWar28/index.html
I think these figures were used for the Belgians in an August 1914 game put on by the South East Essex Military Society at Salute this year. I attach two pics.
Best wishes,
Charles