Radstock in the Great War 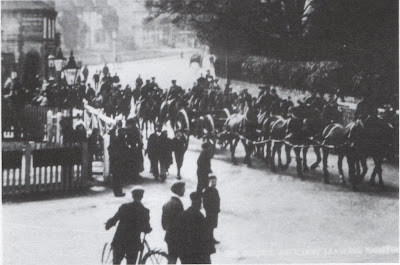 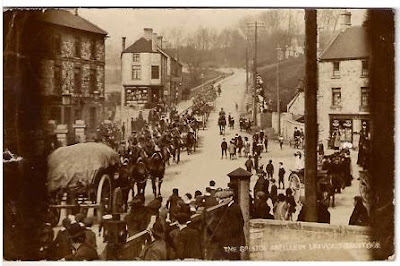 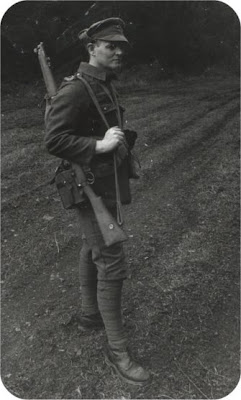 This is me in some borrowed British kit (photo by David Wilton) - from the 90s - I wasn't a WW1 reenactor though I nearly got into it a few times. There's actually been a lot of interest in the Great War in the area where I live - Radstock area (photo is of the Bristol artillery recruiting in the town in 1908) - several books have been written on the subject 'No Thankful Village' and 'In the Company of Heroes' are both excellent studies of the men who lost their lives around here. As a mining area lots of the men finished up fighting underground. My father's father joined the Coldstream Guards in 1914 but later volunteered for mining duties and became a 'Proto Man' rescuing expired tunnellers. Another Grandfather fought in Mesopotamia.
Posted by Ralphus at 04:34