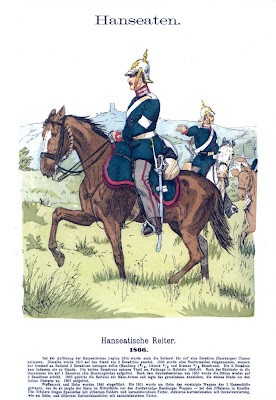 Today the Austro-Prussian war ended with the Peace of Prague. So here's a list of battles from the wikipedia. If any of you have 15mm figs for this period send in some photos. This isn't a definitive list by any means by the way but it's a start