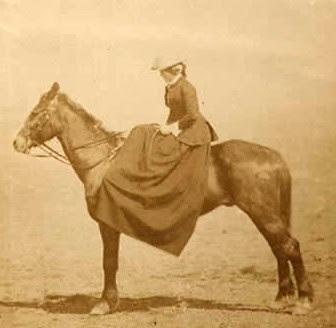 One of the things that historians object to about Tony Richardson's Charge of the Light Brigade is how it appropriates real people and turns them into comic turns - and none was more sorely treated than Fanny Duberly who is depicted as an empty-headed Cardigan groupie when the truth was quite the opposite. But don't take my word for it - read this great article -'She wanted to cause a stir - and she did' and read her Journal Kept During the Russian War.
Also see 'Whistle World visits the Crimea with Fanny Duberly and Captain Nolan'.
Posted by Ralphus at 06:14